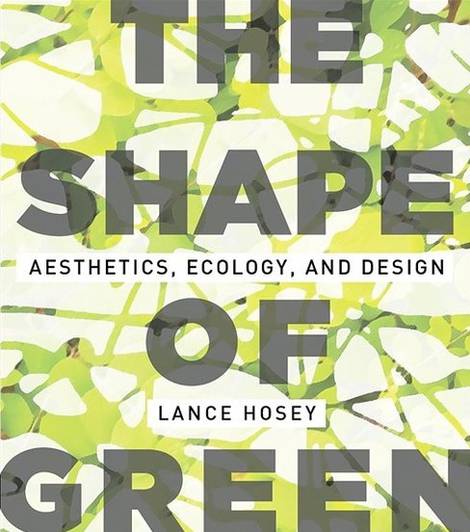 The Shape of Green

Lance Hosey’s The Shape of Green is a book long overdue. It attacks head-on the confounding question “What should green buildings look like?” in a methodical and insightful way, and doesn’t shrink from the implications that emerge.

Hosey challenges Le Corbusier’s dedication to pure mathematical forms—they don’t exist in nature—and Louis Sullivan’s “form follows function,” instead invoking Darwin to posit that “form and function are more give-and-take than they are cause-and-effect.” In modern construction, Hosey suggests, form doesn’t follow function as much as it follows the industrial-age convenience of making orthogonal shapes.

Hosey posits that truly sustainable buildings must achieve three things: conservation of resources, aesthetic and functional attractiveness, and connection to place. He develops this framework through a systematic tour of design writ large—covering everything from everyday objects to cities. But the reader doesn’t have to follow that tour sequentially; architects might prefer to jump to the later chapters featuring buildings that illustrate these principles, and fill in the background later.

The book’s explorations of “Sustainability and Sensuality” and “The Physics of Beauty” are powerful. Hosey’s treatise suffers a little, however, when it veers into metaphysics. The segment on “The Meaning of Life,” for example, describes Nikos Salngaros’ formula for quantifying the aliveness of a building but doesn’t delve into “meaning” at all.

Following that vein, Hosey’s call for design to be based on intelligence rather than intuition stops a bit short. I believe that intuition is necessary as an expression of knowledge that we‘re not even aware we have. But if that intuition isn’t informed by intelligence and a thorough study of the factors at play, it can be simplistic and short-sighted. The Shape of Green is essential nourishment for a smarter intuition, and Hosey’s principles for design are just what we need for so-called sustainable design to mature past its awkward adolescence.