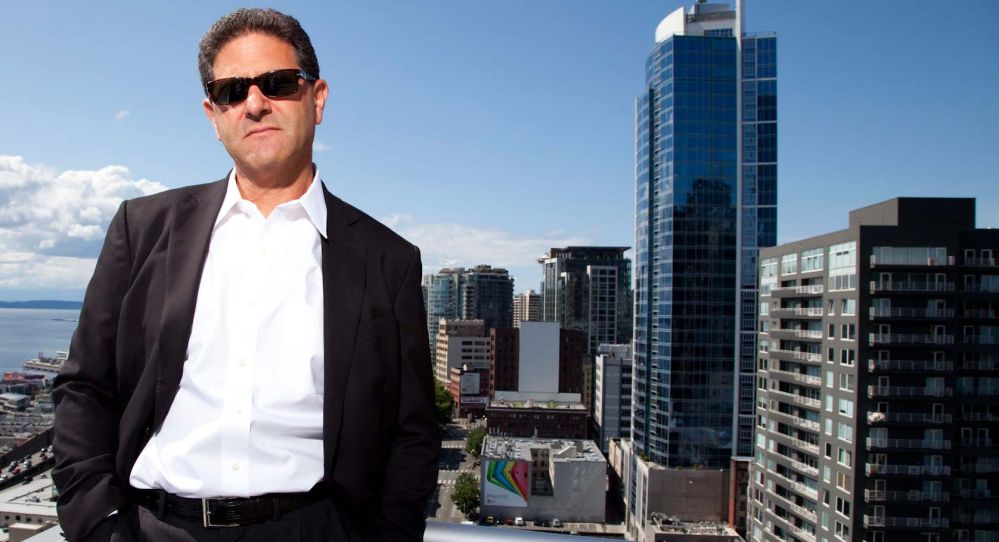 Pitchforks Are Coming – For Us Plutocrats

You probably don’t know me, but like you I am one of those .01%ers, a proud and unapologetic capitalist. I have founded, co-founded and funded more than 30 companies across a range of industries—from itsy-bitsy ones like the night club I started in my 20s to giant ones like Amazon.com, for which I was the first nonfamily investor. Then I founded aQuantive, an Internet advertising company that was sold to Microsoft in 2007 for $6.4 billion. In cash.

My friends and I own a bank. I tell you all this to demonstrate that in many ways I’m no different from you. Like you, I have a broad perspective on business and capitalism. And also like you, I have been rewarded obscenely for my success, with a life that the other 99.99 percent of Americans can’t even imagine. Multiple homes, my own plane, etc., etc. You know what I’m talking about. In 1992, I was selling pillows made by my family’s business, Pacific Coast Feather Co., to retail stores across the country, and the Internet was a clunky novelty to which one hooked up with a loud squawk at 300 baud. But I saw pretty quickly, even back then, that many of my customers, the big department store chains, were already doomed. I knew that as soon as the Internet became fast and trustworthy enough—and that time wasn’t far off—people were going to shop online like crazy. Goodbye, Caldor. And Filene’s. And Borders. And on and on.

Memo: From Nick Hanauer :: To: My Fellow Zillionaires

Realizing that, seeing over the horizon a little faster than the next guy, was the strategic part of my success. The lucky part was that I had two friends, both immensely talented, who also saw a lot of potential in the web. One was a guy you’ve probably never heard of named Jeff Tauber, and the other was a fellow named Jeff Bezos. I was so excited by the potential of the web that I told both Jeffs that I wanted to invest in whatever they launched, big time. It just happened that the second Jeff—Bezos—called me back first to take up my investment offer. So I helped underwrite his tiny start-up bookseller. The other Jeff started a web department store called Cybershop, but at a time when trust in Internet sales was still low, it was too early for his high-end online idea; people just weren’t yet ready to buy expensive goods without personally checking them out (unlike a basic commodity like books, which don’t vary in quality—Bezos’ great insight). Cybershop didn’t make it, just another dot-com bust. Amazon did somewhat better. Now I own a very large yacht.

But let’s speak frankly to each other. I’m not the smartest guy you’ve ever met, or the hardest-working. I was a mediocre student. I’m not technical at all—I can’t write a word of code. What sets me apart, I think, is a tolerance for risk and an intuition about what will happen in the future. Seeing where things are headed is the essence of entrepreneurship. And what do I see in our future now?

At the same time that people like you and me are thriving beyond the dreams of any plutocrats in history, the rest of the country—the 99.99 percent—is lagging far behind. The divide between the haves and have-nots is getting worse really, really fast. In 1980, the top 1 percent controlled about 8 percent of U.S. national income. The bottom 50 percent shared about 18 percent. Today the top 1 percent share about 20 percent; the bottom 50 percent, just 12 percent.

But the problem isn’t that we have inequality. Some inequality is intrinsic to any high-functioning capitalist economy. The problem is that inequality is at historically high levels and getting worse every day. Our country is rapidly becoming less a capitalist society and more a feudal society. Unless our policies change dramatically, the middle class will disappear, and we will be back to late 18th-century France. Before the revolution.

And so I have a message for my fellow filthy rich, for all of us who live in our gated bubble worlds:
Wake up, people. It won’t last.

If we don’t do something to fix the glaring inequities in this economy, the pitchforks are going to come for us. No society can sustain this kind of rising inequality. In fact, there is no example in human history where wealth accumulated like this and the pitchforks didn’t eventually come out. You show me a highly unequal society, and I will show you a police state. Or an uprising. There are no counterexamples. None. It’s not if, it’s when.

Many of us think we’re special because “this is America.” We think we’re immune to the same forces that started the Arab Spring—or the French and Russian revolutions, for that matter. I know you fellow .01%ers tend to dismiss this kind of argument; I’ve had many of you tell me to my face I’m completely bonkers. And yes, I know there are many of you who are convinced that because you saw a poor kid with an iPhone that one time, inequality is a fiction.

Here’s what I say to you: You’re living in a dream world. What everyone wants to believe is that when things reach a tipping point and go from being merely crappy for the masses to dangerous and socially destabilizing, that we’re somehow going to know about that shift ahead of time. Any student of history knows that’s not the way it happens. Revolutions, like bankruptcies, come gradually, and then suddenly. One day, somebody sets himself on fire, then thousands of people are in the streets, and before you know it, the country is burning. And then there’s no time for us to get to the airport and jump on our Gulfstream Vs and fly to New Zealand. That’s the way it always happens. If inequality keeps rising as it has been, eventually it will happen. We will not be able to predict when, and it will be terrible—for everybody. But especially for us.

The thing about us businesspeople is that we love our customers rich and our employees poor.

The most ironic thing about rising inequality is how completely unnecessary and self-defeating it is. If we do something about it, if we adjust our policies in the way that, say, Franklin D. Roosevelt did during the Great Depression—so that we help the 99 percent and preempt the revolutionaries and crazies, the ones with the pitchforks—that will be the best thing possible for us rich folks, too. It’s not just that we’ll escape with our lives; it’s that we’ll most certainly get even richer.