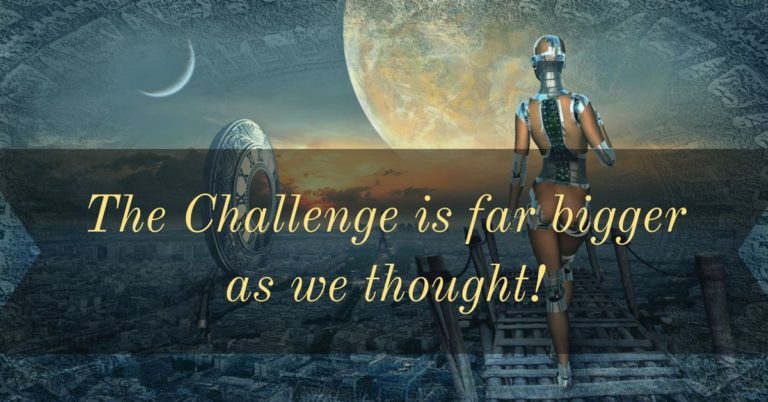 Seek out truths, and engage in sincere self-work

This transitional phase we’re in right now is not an “overnight” event. It spans a whole age, yet we will see tremendous changes, breakdowns and transformations within our lifetime (as we are already experiencing) and it will increase even more in the coming years. It’s like we’re in the midst of birth pangs that are ushering us towards a new level of Being – a process that depends on our own inner work, our soul potential, and what we align ourselves with. These are challenging times to be alive, but exciting as As many of us can see and feel in these times of increasing turbulence, the world we collectively inhabit is becoming a melting pot of craziness that has bubbled over-the-top.well, and many of us came here to be part of the re-evolution as we start to remember our true Identity. Any (re)birth is painful and beautiful at the same time.

As many of us can see and feel in these times of increasing turbulence, the world we collectively inhabit is becoming a melting pot of craziness that has bubbled over-the-top.

We have the ongoing pathological election parade in the US (based on the illusion of choice) and its attendant distractions; the Brexit fiasco and subsequent fallout; a staged military coup in Turkey; and last but not least, the unmitigated idiocy of the PokémonGo hype/craze that has literally taken over the minds of millions of people worldwide – an “augmented reality trend” which not only ties into the obvious goal of data mining and increased surveillance opportunities, but also reflects another (d)evolutionary stage in the A.I. and Transhumanism agenda.

The long-range goal of introducing “fun” apps like PokémonGo into the mainstream is to get people even more dis-embodied, reactive, controlled, head-centric and hooked on external technology than they already are…it’s efficient and concealed behavioral control programming, turning people into robot-zombies out of their own (manipulated) free will, priming them to accept (and get addicted to) technological “advances” that will influence their emotions, behaviors and actions as they become more and more machine-like: programmed and predictable.

When people have access to a 24-hour spin cycle of fear-based propaganda (mainstream media) that is churning out story after story that presents a world in the grip of ever-worsening chaos, these escapist fantasies become even more appealing – the combination is a brilliant “trap of agreement” that serves the powers that be and their hyperdimensional overlords very well.

“There was an evil magician. He lived deep in the mountains and the forests, and he had thousands of sheep. But the problem was that the sheep were afraid of the magician because every day the sheep were seeing that one of them was being killed for his breakfast, another was being killed for his lunch. So they ran away from the magician’s ranch and it was a difficult job to find them in the vast forest. Being a magician, he used magic.

He hypnotized all the sheep and suggested to them first of all that they were immortal and that no harm was being done to them when they were skinned, that, on the contrary, it would be very good for them and even pleasant; secondly he suggested that the magician was a good master who loved his flock so much that he was ready to do anything in the world for them; and in the third place he suggested to them that if anything at all were going to happen to them it was not going to happen just then, at any rate not that day, and therefore they had no need to think about it.

He then told different sheep…to some, “You are a man, you need not be afraid. It is only the sheep who are going to be killed and eaten, not you. You are a man just like I am.” Some other sheep were told, “You are a lion — only sheep are afraid. They escape, they are cowards. You are a lion; you would prefer to die than to run away. You don’t belong to these sheep. So when they are killed it is not your problem. They are meant to be killed, but you are the most loved of my friends in this forest.” In this way, he told every sheep different stories, and from the second day, the sheep stopped running away from the house.

They still saw other sheep being killed, butchered, but it was not their concern. Somebody was a lion, somebody was a tiger, somebody was a man, somebody was a magician and so forth. Nobody was a sheep except the one who was being killed. This way, without keeping servants, he managed thousands of sheep. They would go into the forest for their food, for their water, and they would come back home, believing always one thing: “It is some sheep who is going to be killed, not you. You don’t belong to the sheep. You are a lion — respected, honored, a friend of the great magician. The magician’s problems were solved and the sheep never ran away again.”

“The world is now experiencing a parting of ways between sectors of the population no longer resonating with each other. It is a realm split, a cleaving of collective fields into several smaller ones.

“When you investigate the endless conspiracies now being revealed, the deeper you go the closer you come to the core betrayal of Humanity – the modified matrix that is causing the systemic failure of earths bio-systems and is generating this fear-based reality, establishing a slave race on a prison planet.

In order to enslave a race you take away its past, its memories, its ancestry…its identity… you downgrade its genetic blueprint… you instigate a program of psycho-social, chemical, electromagnetic, political and religious manipulation of consciousness that renders that race pathologically obedient.

We are trapped in a corrupt matrix, generated by our own mutant genetic programs and the frequency feedback of our chemically-altered brainwaves.

Humanity’s release from slavery will not only require that we retrieve the truth of our origins and uncover the identity of those who are manipulating our reality but must also include the resurrection of the original human blueprint prior to our genetic modification.

Encoded into that blueprint is the resonant template that will initiate our electromagnetic disassociation from the synthetic matrix.

Resurrect the full divine immortal Human blueprint, and you will realize the visual audible feed-back of the true space/time continuum – a transcendent paradigm.”

“Bifurcation means the splitting of a main body into two parts. In the mathematical study of change that occurs within a structure or space, bifurcation occurs when a parameter change causes the stability of an equilibrium (or fixed point in a field) to change.

The comprehension of the mathematical change that is currently shifting the geometric value of frequency, which further, generates a bifurcation in the structure of time and space, is very relevant to us now. This is directly related to the forthcoming split occurring between timelines which govern our continued consciousness (energy) expression on the earth plane as it is moving into future time.[…]

The Bifurcation of Time is forcing a direction which will accelerate volatile change in areas (as well as people) that are energetically stagnant or regressive. This change in the nature of timelines pushes humanity to makes choices from the mental attitudes that have been formed from the world view perception and level of consciousness. Thus, the choice is made between the negative ego layers or the spiritualized higher self, based on which alternate is in control of the overall energetic body.

Reality Creation and Divine Will

The path towards awakening is about aligning “Your” will with “Divine Will” – your connection to universal spirit with the “I AM presence” within.

However, it’s vital to note that this process will conflict with any desires and goals you have/had which stem from ego/personality identification and social/cultural programming “insertions”. It also requires healing/letting go of any past hurts, grudges, resentments, shadow aspects, wounds, and traumas, which are being triggered/revealed even more so now in these days of accelerated energetic activity.

In other words, you need to clear your “vessel” for higher energies to be able to anchor themselves in you, reconnecting you to who you truly are (activating your original blueprint/DNA).

Timeline-Reality Split, Frequency Vibration, and the Hidden Forces of Life

Seek out truths, and engage in sincere self-work
Leserwertung0 Bewertungen
0