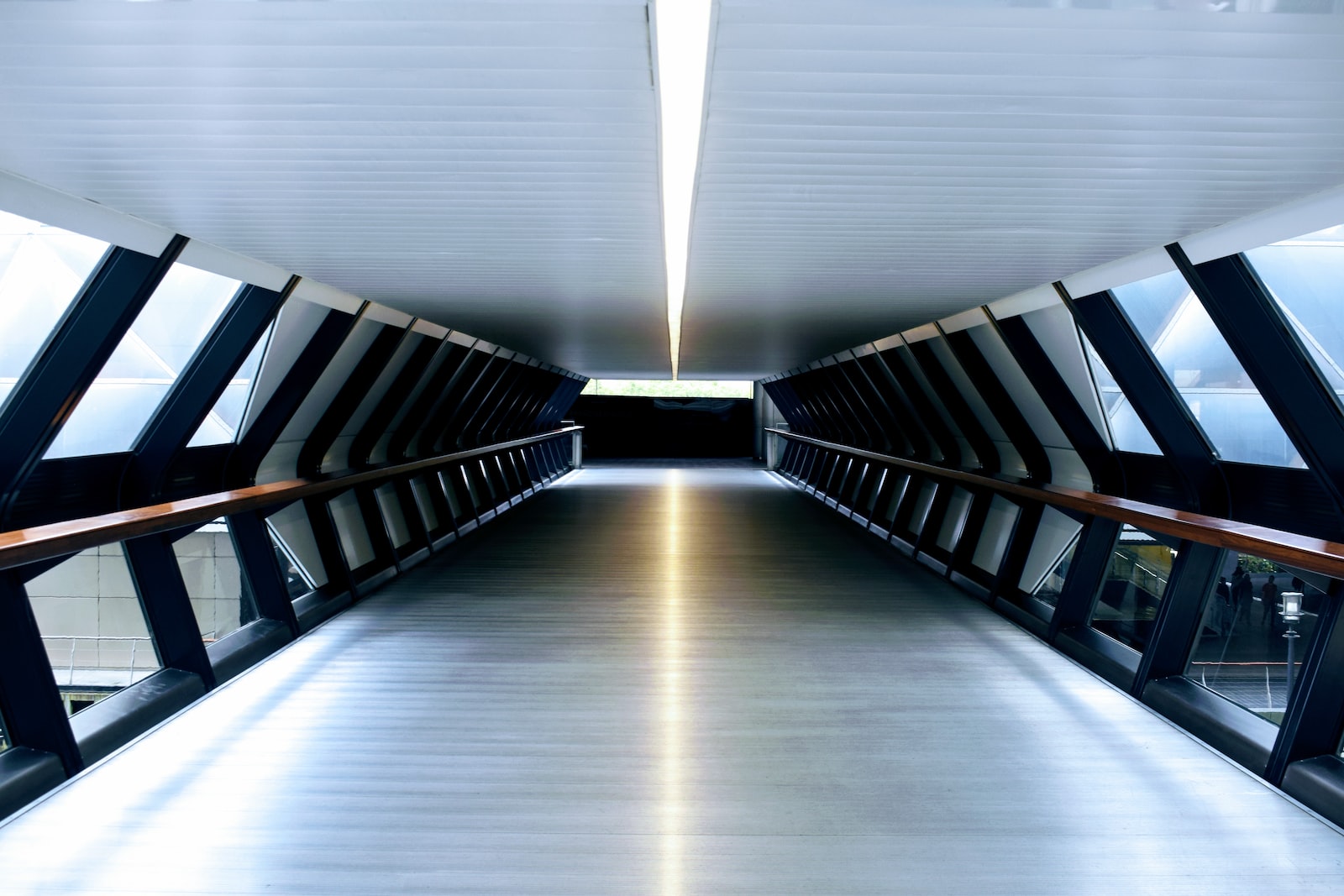 Coronavirus and the transhuman future

While most of humanity is still in the middle of the coronavirus crisis, the highly influential members of the World Economic Forum have a plan for what should come next. It is called ‘The Great Reset’, and it envisions a truly ‘transhumanist’ future for us all.

The World Economic Forum (WEF) is an annual conference where some of the wealthiest and most powerful people in the world come together for ‘public-private cooperation’ Since mid-2020, the WEF has been promoting its vision for our post-coronavirus future, which they call ‘The Great Reset’. In their view, the pandemic has exposed the weaknesses of our old system, and therefore presents a perfect opportunity to ‘reset’ our world and start anew. What is striking about this plan, which the WEF has condensed into a virus-shaped mindmap, is its implicit endorsement of a philosophy called ‘transhumanism’. The term is not used explicitly, but its values and goals can be seen at every level of the plan. Now, according to some, transhumanism is not just a new philosophy, but a new religion that will be the dominant worldview of humanity going forward.

What is transhumanism?
In a nutshell, transhumanism is a philosophical movement that promotes the view that the human species should take control of its own evolution through human-enhancement technologies, such as brain implants and nanotechnology that reverses ageing. This will then allow humanity to transcend its physical and mental limitations.The term itself was first coined in 1957 by Julian Huxley; the brother of Aldous Huxley, the famous author of the dystopian novel Brave New World.

Transhumanism and the Fourth Industrial Revolution
Now, one of the three main goals of the Great Reset agenda is “to harness the innovations of the Fourth Industrial Revolution to support the public good…” As the founder of the WEF, Klaus Schwab, explains, the Fourth Industrial Revolution “will lead to a fusion of our physical, digital, and biological identities.” He specifically considers technologies that will change what it means to be human, because they will integrate into the human body and mind in order to overcome (‘transcend’) their limitations. Sound familiar? As Schwab himself admits, these new technologies can also “intrude into the hitherto private space of our minds, reading our thoughts and influencing our behavior…” While these technologies seem like science fiction, they are nearly at our doorstep. In fact, much of the pandemic response effort relies on Fourth Industrial Revolution technologies, such as genetic sequencing, vaccine biotechnology (mRNA and vector platforms), and contact tracing (mass surveillance) software. Social distancing measures have also forced people to replace their physical world with a virtual one, including digital versions of school, church, shopping, and even parties. While this has been a terrible loss for most people, this digitalisation of our lives (including COV-id apps and digital currency) is part of the WEF’s vision for our future, and therefore, in their view, might be quite desirable.

A transhumanist paradise?
While there is a big debate about whether transhumanism should be defined as a religion or not, it definitely functions like  a religion, in the sense that it provides a framework of meaning for human life that contains many of the goals of classical world religions. For example, most religions promise the goal of immortality, either in this life or after death. Some traditions (like Christianity and Islam) clearly aim for immortality after death (resurrection or heaven). Other traditions (like some forms of Daoism) have aimed for immortality in this life; usually through alchemical potions or self-cultivation, such as yoga and meditation. Transhumanism also aims for immortality, but through technology rather than through supernatural aid or spiritual transformation. Technologies that will be used for this include nanorobots, genetic engineering, and converting our brain activity into a digital form, and then uploading it into a supercomputer that will last forever (if possible). Secondly, most religions seek a state of permanent happiness, either in this life (nirvana in Buddhism) or after death (paradise in Christianity or Islam). Transhumanists think this can instead be achieved by creating ‘happiness drugs’ and brain-chip interfaces that manipulate the brain’s pleasure centres. Thirdly, most religions aspire for human beings to attain a state of divinity. The transhumanist ideal is likewise for humans to become god-like creators who can manipulate the material world at will (through 3D printing and atom-assembling nano-robots), and even to create new forms of life (through synthetic biology). All of this shows that transhumanism is based on the assumption that suffering (such as ageing, sickness, and death) is a technical rather than a metaphysical problem, and can therefore be solved with more and better technologies.

Transhumanism as a new religion
While approaching transhumanism as a religion-like phenomenon is already very revealing, some argue that transhumanism should be treated as a new religion in its own right. Yuval Noah Harari promotes this idea in his book Homo Deus, where he defines religion as “anything that confers superhuman legitimacy on human social structures.” He distinguishes between two types of transhumanist techno-religions: (1) techno-humanism and (2) dataism (data religion). In the first view, technologically enhanced humans (homo deus) will replace biological humans (homo sapiens), or develop a hierarchical, class-based relationship with them. In the second view, humanity as such is replaced by new kinds of digital entities, such as an all-knowing, self-aware AI (Artificial Intelligence) that has no more use for us. In this future, data (information processing) would replace God or human nature as the ultimate source of meaning and authority in the universe. A self-improving superintelligent AI (aka ‘the singularity’) would know us better than we know ourselves, and would therefore function as a kind of omniscient oracle or sovereign to which we make humble offerings in exchange for the solutions to all our problems. Perhaps Google and Facebook will become our new gods? Harari seems to think it is possible.

Transhumanist assumptions
The Great Reset and its underlying transhumanist views both rest on fundamental values and assumptions about reality, and these are not necessarily self-evident. The idea that we should always transcend our human limitations (aka ‘extropianism’), or that human beings are nothing more than a collection of biochemical algorithms for survival and procreation, are highly contested. It is therefore up to each individual to decide whether they accept this worldview and its aims, and whether they wish to support the Great Reset agenda.

Coronavirus and the transhuman future

Background
EARS has no background in any religion or denomination. Although the members mostly have their origins within the Christian tradition, they address religion from an objective and nonreligious standpoint. Hence, their religious origins do not play a role in their work for EARS. EARS addresses religion as a sociological, psychological, anthropological, confessional, and cultural phenomenon. If one wants to understand a society, one needs to look at the religious practices present within that society. EARS looks at the practices of everyday lived religion within the different European societies and seeks to tell the complex story of the dynamics of religion. These dynamics touch on many societal issues. Therefore, understanding them is not only an academic matter, but definitely also a societal one.

Availability of knowledge
The need to understand the complexity of religious developments is increasingly important. This is why EARS, the participating universities, and their scholars cooperate at different levels, aiming to make knowledge available and applicable to society at large. Within the debate on religion, EARS strives to seek nuance rather than further polarise the debate. EARS contributes, from its own narrative, to the debate on values, societal cohesion, and the challenges and impact of religion. It acts both as a think tank and as a hub for society. Our insights on topics such as leadership, social dilemmas, politics, technology, and education aim to inspire and to motivate. 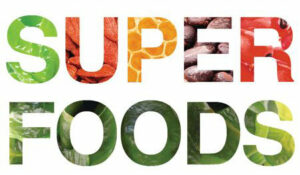